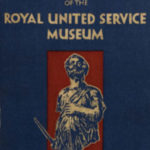 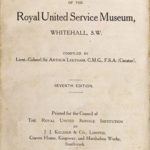 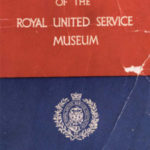 The history of the Royal United Services Museum is at the heart of the institutional legacy of RUSI, the oldest surviving think tank in the world. In this section the resources from the RUSI Archive that describe the museum’s history and collections will increasingly be made available.

RUSI was founded in 1831 as the Naval and Military Museum and Library. Despite changes in the name of the institute: the United Service Institution in 1833, after receiving a royal charter, the Royal United Service Institution and later the Royal United Services Institute for Defence, until the closure of the museum in 1962, the museum remained at the institute’s core and developed into a nationally significant armed services museum. Throughout the nineteenth century and into the twentieth century the museum was a highly popular visitor attraction.

By the mid-twentieth century, the founding of government funded national museums: the Imperial War Museum, the National Maritime Museum and the National Army Museum meant that there was little political support for the survival of the RUSI Museum after the lease on its home, Banqueting House, came to its end. On the closure of the museum its collections were dispersed, much of them to the museums listed above, along with other museums and private collections.

The history of the 'lost' museum is currently the subject of research funded by the Arts and Humanities Research Council (AHRC) in a collaborative project between RUSI and the University of Westminster.

To search a museum catalogue click on its image on the left to open up the book and browse its contents.